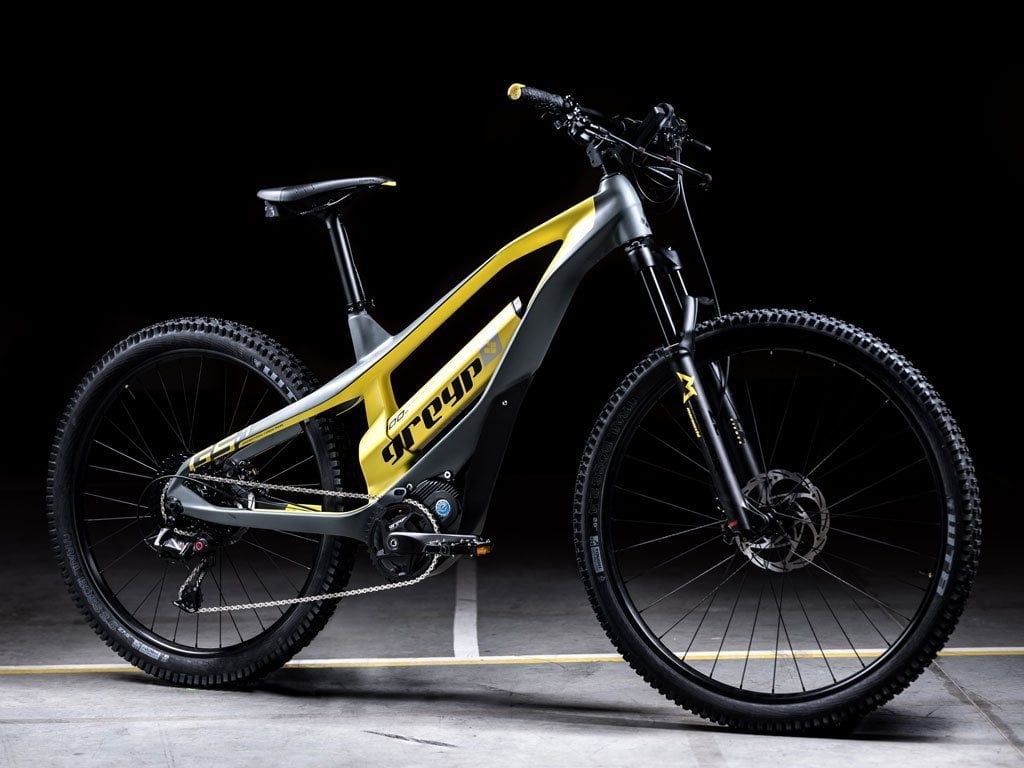 The Greyp G6.2 impresses jury of the most competitive category; an impressive feat for the Croatian eMTB company led by Mate Rimac.

Friedrichshafen, Germany, 4 Sept 2019 – Greyp Bikes is stoked to announce it has won the prestigious Eurobike Award for its G6.2 EXPERT FS eMTB. Launched earlier this year, it is turning heads at the bicycle industry’s biggest tradeshow, Eurobike. Out of 400 products, 63 entries were from start-ups, including Greyp Bikes. The G6.2 got the spot thanks to its quality, engineering, and innovation.

Eurobike Show Director Dirk Heidrich explains: “The Eurobike Award is a powerful barometer of innovation for the industry: it reveals the producer’s abilities to innovate, to come up with new ideas and sometimes even break down barriers. Eurobike, however, also sees this contest for the most convincing new developments as a motivating force.”The Greyp G6 started with an idea to design an e-bike that maximised the opportunities of electrification, connectivity, and gamification. As such, the Greyp G6.2 is fully equipped with built-in cameras, an e-SIM, a mobile app, has regular OTA updates, and premium bike components. It wasn’t just specs that impressed the jury however. It was the drive and creativity needed to launch such a unique product into the market.“We knew that we developed a cool and innovative product,” says Greyp Bikes COO Krešimir Hlede. “We are honoured that our industry peers feel the same, especially during our first year in-market. Going two steps forwards and one step back, we believed in our vision that we had something to offer the industry – and cyclists.”

Greyp Bikes also launched two new bicycles at Eurobike: the long-anticipated hardtail G5 model, and the Limited Edition G6.X. The hardtail comes in two versions: the G5.1 and G5.2. Like its predecessor, it is packed full of technology that accompanies the rider on their journey. Including a built-in front camera, integrated e-SIM, and the Greyp App.Full details can be found on their website https://www.greyp.com/The Limited Edition G6.X is made to honour Greyp Bikes automotive roots. Originating from Rimac Automobili, Greyp Bikes followed super car production methods for the G6.X. Assembling the bicycle only from the finest parts, including an Öhlins fork and rear shock, full carbon wheels, and Magura brakes, wireless seat post, and shifter.Constantly connected, the new models’ connectivity is powered by Deutsche Telekom eSIM technology. They are also tricked out with built-in sensors that process and contextualise the vast amounts of data produced during riding, and rest. The tech ultimately creates an entirely new kind of ride. One that is further enhanced by advanced features like remote control, content sharing, and networking. The bikes participate in rider decision-making and can also guide the ride.According to Mr. Hlede, “Connecting the bikes to the Internet and developing an integrated ecosystem of sensors and cameras, I believe we successfully combined cycling and digital into a seamless experience. It’s a completely new kind of ride that’s all-Greyp.”The award and launch of two new bicycles also coincide with Greyp Bikes making an equity investment offering to build a connected mobility platform. The community of supporters can now go beyond just bikes and become actual equity owners in the company.