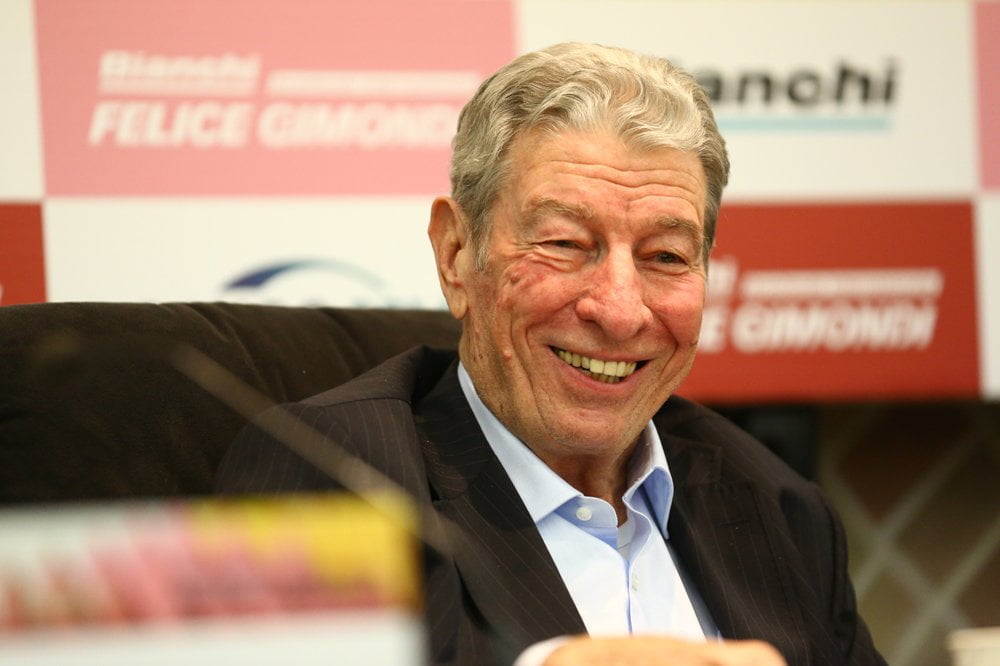 Grimaldi: “Felice was a good and loyal man, extraordinarily humble”

Bianchi and the whole cycling World are living intensely emotional days after the sudden passing of Felice Gimondi on Friday August 16th, aged 76. One of the greatest in Italian cycling history, everlasting icon and ambassador of the Bianchi brand, with which he shared the majority of his life, both during his cycling career and beyond, Gimondi received his final tribute on Tuesday August 20th at the Church in Paladina (Bergamo, Italy), surrounded by an overflowing display of affection. “In Felice, the whole cycling World lost a great man, a good and loyal person. We at Bianchi owe him a special gratitude for everything he did over the years for the success and prestige of our brand,” an emotional Bianchi President Salvatore Grimaldi told. “I think no other athlete in cycling history has ever been so strictly related to a brand the way Felice has with Bianchi: a legitimate value connection.” “He was an extraordinary man and champion, but he always remained humble and relatable. That’s why he was so unanimously loved, and what made him even greater after his career ended,” Grimaldi said.

Felice Gimondi has achieved 118 wins in his professional career, including all three grand tours, Giro d’Italia (1967, 1969, 1976), Tour de France (1965) and Vuelta a España (1968), in addition to the Road World Championships (1973, Barcelona) and monument classics as Paris-Roubaix (1966), Milano-Sanremo (1974) and Giro di Lombardia (1966, 1973). The whole F.I.V. Edoardo Bianchi and the Grimaldi Family again offer their mourning and sympathy to Felice’s wife, Tiziana, and his daughters Norma and Federica. Felice’s legend will live forever in the hearts of every cycling passionate. Photo: 1) A smiling Felice Gimondi at the presentation of the 2019 Granfondo Gimondi-Bianchi (Photo: Marco Quaranta); 2) Felice Gimondi in action at the 1977 Giro d’Italia. Source: Bianchi Press Office Phone +39 0658334211 E-mail bianchi_press@vitesseonline.it Website www.vitesseonline.it