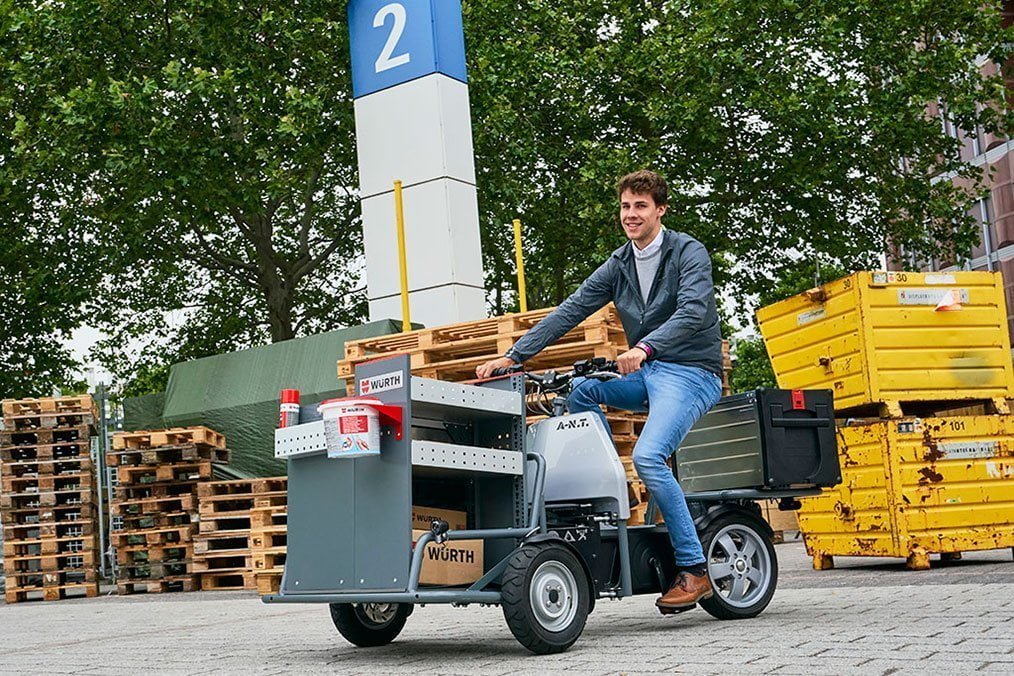 Cargo boom – at Eurobike too

Friedrichshafen – A glimpse of the market figures currently conjures up a gentle smile on the face of many a bike manufacturer. But where the producers of cargo bikes are concerned, the smile turns into a broad grin. The sales figures for cargo bikes are simply soaring, particularly for those models where an electric motor is propelling bike, rider and load. During the Eurobike trade fair from 4 to 7 September, practically all the relevant market participants will be represented with their forthcoming models for the 2020 season. The Eurobike Academy program also reflects the trend theme. “In 2012, when we were one of the first manufacturers to have an e-cargo bike in our model range, there was still no discernible growth market for many people. Since then a lot has happened. As we offer the right cargo bike for every application, we are recording a high rise in our sales for the cargo segment every year”, reports Jörg Lange, Head of Communication at the German premium producer Riese und Müller. The bike manufacturer from just south of Darmstadt is by no means a one-off in the German market. In 2018, the German Cycle Industry Association (ZIV) included cargo bikes as a separate category in its market figures for the first time and instantly recorded a market share of 4 per cent for this segment within the e-bike market. This corresponds to sales of some 40,000 e-cargo bikes in Germany, which typically range in price from 4,000 to 8,000 euros. “According to our observations, cargo bikes, particularly those with an electric drive, are one of the fastest growing product categories in the German bike market”, reports ZIV spokesman David Eisenberger.

A large number of the special suppliers at Eurobike are located in Hall A1 of Messe Friedrichshafen and, at 32 exhibitors, their number is again significantly up on the previous year (last year: 24 exhibitors). This is where visitors to the fair will find some of the prominent pioneers from the Netherlands and Denmark, the trailblazing countries in the cargo segment: names such as Urban Arrow and Winther Bikes, but also newcomers to the market like the start-up A-N.T., which was founded under the umbrella of the ZEG retailers’ association and mainly targets municipal and commercial users with its products. Alongside such heavy-duty cargo bikes for professional use and family carriers with up to three child seats, the trend in the cargo segment is also towards the more compact representatives of their kind, which, with their comparatively short wheelbase, provide an answer to parking problems in the urban environment. One example is the new model Cargo N3.8 ZR from compact bike specialist i:SY, which exhibits all the design features of a Long John (i.e. with the loading space in front of the rider) with a length of just under two metres. Those at Eurobike in search of an even more compact cargo bike will strike lucky at the exhibition stand of folding bike specialist Tern. Its new HSD model is of the type known as longtail, namely a cargo bike with an extended stern for transporting luggage. Nevertheless, the dimensions are so compact that the bike can even be stored in confined living spaces. Particularly so and this is where the folding bike DNA of Tern comes to the fore because the handlebars can simply be folded over, the seatpost lowered and the entire bike upended and stored on its rear wheel. And on the subject of folding: included in the exhibition package of the Frankfurt-based start-up Convercycle is a cargo bike that can actually be folded together to produce a bike with normal dimensions. “The roots of Eurobike in the early nineties lie in what was then the young MTB segment, which at the first Eurobike events openly expressed its unbridled desire for innovation and frequently some unconventional solutions as well. In many aspects, the cargo segment is reminiscent of the atmosphere of change at that time. Here too there are many very innovative players in the market who initially started on a small scale with a product that has now developed thoroughly successfully beyond the niche. We are delighted that, through Eurobike, we are able to offer the cargo bike scene the international and prominent stage that this exciting market segment deserves”, says Eurobike Show Director Dirk Heidrich. Also at the Eurobike Academy, the cargo bikes will be presented with four presentations in a block on Thursday, 5 September from 2 pm and for consumers at the Eurobike Festival on Saturday, 7 September at 1:30 pm. As a leading global trade fair, Eurobike is directed towards a specialist public on the three working days from 4 to 6 September and to all bike fans with the Eurobike Festival Day on Saturday, 7 September 2019. You will find further information at www.eurobike.com and www.facebook.com/eurobike.tradeshow.   Source: Press Office Messe Friedrichshafen GMBH