The arrival of the MOVEMENT 12 versions of Super RecordTM and RecordTM marked a very significant milestone in the evolution of the mechanical drivetrain. Adding Campagnolo movement to the ever evolving racing frameset has always been the best way to turn a frame into a fast complete bike and the latest innovations from the Italian cycling brand raised that performance standard one step further. Although generally introduced via top tier groupsets, performance technology and innovation must trickle down and eventually permeate the entire range. The introduction of 12 speed ChorusTM is yet another example of extreme performance finding its way into a larger share of the groupset line-up, offering Campagnolo cutting-edge performance, quality and reliability to a wider audience not only in terms of positioning but also via perhaps one of the most versatile offerings to date for both rim and disc brake. 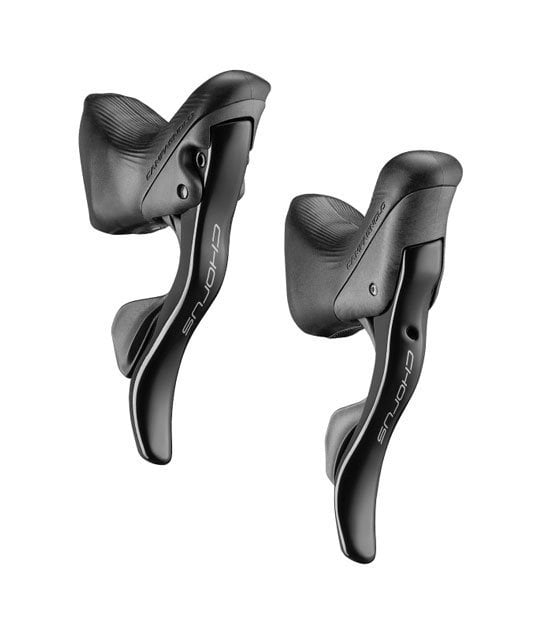 The fantastic ergonomy that has become a calling card of sorts for Campagnolo through the years saw further improvements with the latest introduction of the Super RecordTM and RecordTM 12 speed transmissions.

The new standard in not only ergonomics but also customizeable ergonomics finds its way into the ChorusTM levers for both rim and disc brake groupsets. Aside from the brake lever being constructed in aluminum, the ChorusTM Ergopowers are nearly identical to their higher tier brethren. Static ergonomic features such as the new hood design, an upgraded brake lever design and larger thumb shifting levers combine with features rendering the form of the ErgopowerTM unique to the demands and needs of the rider. The rim brake ErgopowerTM offers several positions in order to better accommodate differing hand sizes and preferences while the disc brake version incorporates its own system for dialing in personalized ergonomy.

The tried and trusted One-lever-One-action philosophy of Campagnolo ensures confusion-free control no matter the conditions or position the rider may find him or herself in. In order to command the 12 speed rear derailleur the Ultra-Shift internals, which allow for multiple shifts of up to 5 gears downshifting or 3 gears upshifting in one single movement, also trickle down from Super RecordTM. The ChorusTM commands offer the same extremely long-lasting, silky-smooth shifting performance found in the higher range 12 speed groupsets thanks to the same new cables and cable housing.

The precise and extremely smooth movement of the commands comes in part thanks to the new cables and housing but also in part due to the movement12 design and construction trickling down from Super RecordTM and RecordTM to the ChorusTM front and rear derailleur.

The ChorusTM front derailleur incorporates the same de- sign that seperates the semi-rod from the external rod, which eliminates free-stroke and confers a more immediate and reactive upshift. The movement12 front derailleur design and trajectory angle allows for use of tires up to 32mm wide while the new cage design and dedicated positions for each riding scenario make for extremely precise and fluid front shifting performance. 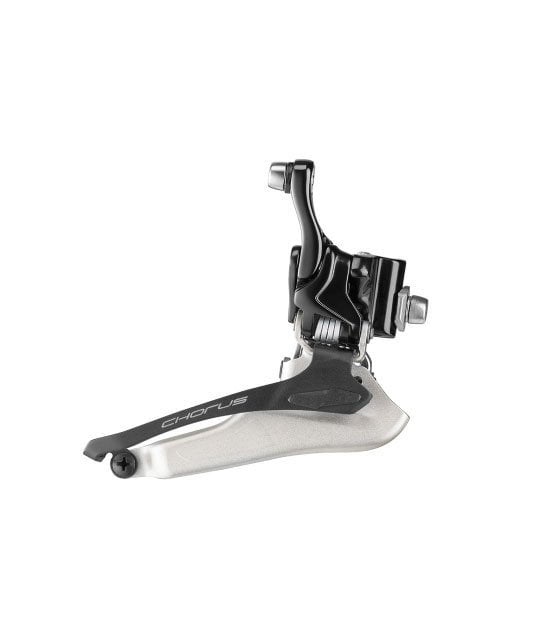 The Chorus rear derailleur benefits from the same technology and design lineage as the front and as such incorporates the sophistication and performance of the movement12 Super RecordTM and RecordTM versions. With only a few minor changes in the materials used in its construction such as an aluminum outer plate and derailleur cage the Chorus version brings about the exact same performance as its higher priced counter-parts while only adding a few grams. It brings with it the same cornucopia of next-level tech such as a new trajectory curve optimized around larger cassettes as well as the fantastic 3D EMBRACE technology. The latest evolution of Embrace Technology not only keeps the rear derailleur vertically oriented in the perfect position for each sprocket but it also now orients the unit perfectly along the fore and aft axis relative to each gear. The 3D EMBRACE technology and larger 12 tooth pulley wheels ensure that one rear derailleur fits all as optimum distance and engagement is guaranteed for each sprocket no matter what cassette option is chosen. In order to ensure flawless and reliable functionality in the face of increased gearing within the same spacing made the precision functionality of the front and rear derailleur an issue of utmost importance. 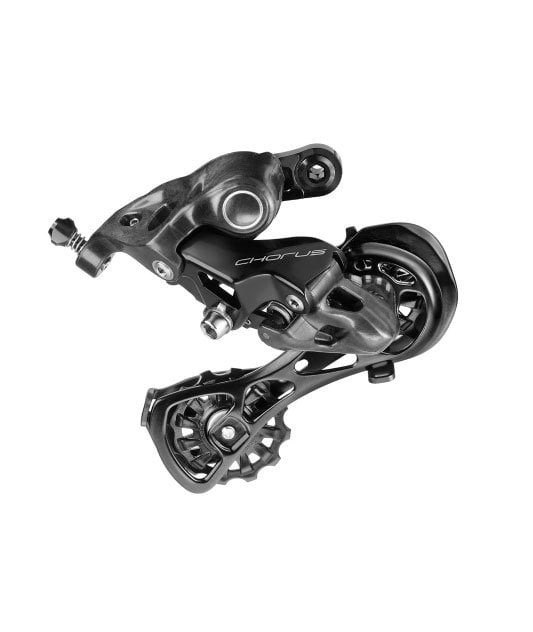 Likewise, the engineering of the 12 speed chain was necessarily the subject of much research and development energy in order to render it just as reliable and long lasting in addition to increasing its precision while reducing its width. The new 12 speed Chorus groupset brings forth a new Chorus level 12 speed chain that ensures the same reliability and performance as its higher tier counterpart yet coming in at a mere 241 grams per 110 link length.

Chorus will be compatible with the same two cassettes launched with the movement12 Super RecordTM and RecordTM groupsets: 11-29 and 11-32. While ChorusTM certainly borrows a great deal of design and tech from its higher tier siblings, it ushers in a new cassette that benefits the entire range of 12 speed mechanical drivetrains. The 11-34 cassette brings about even more versatility and offers greater rider choice and autonomy in terms of gearing. Mechanical shifting with 12-speed transmission now offers a total of three cassette options (11-29, 11-32, 11-34). The three options will be released in the new ChorusTM range to sit slightly underneath the top range cassettes. 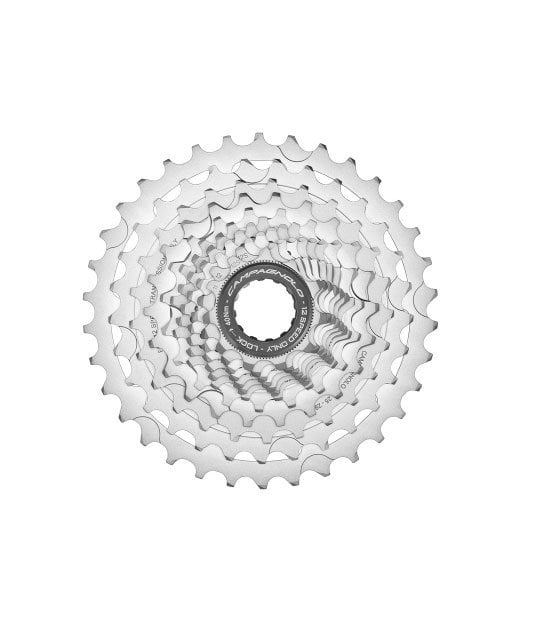 While a great deal of technology trickles down from the top-end groupsets to create a performance packed mid-range groupset, the ChorusTM crankset confers an additional element of versatility to the transmission. Borrowing a bit of tech from RecordTM, namely the unidirectional carbon fiber construction and steel Ultra-Torque axle, the ChorusTM crankset is most certainly a premium crankset. However, it is specific unto itself as its new 123mm BCD confers this extreme perfor- mance construction to a wider variety of riding styles. Available in 165, 170, 172,5 and 175mm crankarm lengths, the new, narrower BCD of the ChorusTM crank- set renders it compatible with 52/36, 50/34 and the all-new 48/32 chainrings.

Such a wide variety of gearing options makes the ChorusTM groupset the performance option for any cyclist. He or she will easily find the perfect gearing for the specific discipline of their choosing or enjoy the added versatility of the wide variety of gearing solutions that allows them the freedom to easily change amongst disciplines. The new ChorusTM 12 speed transmission has been meticulously studied and developed in order to not only adapt easily to an extremely varied list of disciplines but to excel in each and every one with zero compromise. 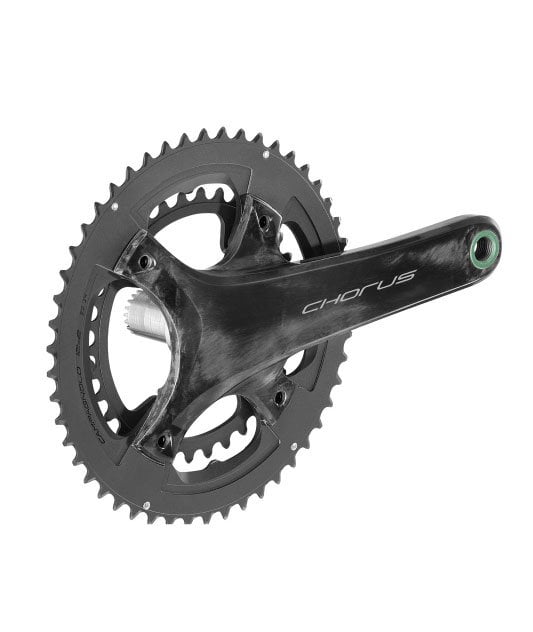 The disc brake version brings with it the same industry leading performance and components found in the Super RecordTM and RecordTM groupset while presenting a new ChorusTM level disc that differs only in terms of weight thanks to its steel spider construction. An all- new pad comes along with ChorusTM but benefits the entire range. Taking the highest performing pad and improving it even further allows Campagnolo to offer only one solution and eliminate compromises. Certainly a breath of fresh air to cyclists who don’t feel like choosing between performance and durability the new Campagnolo pad is long wearing but also modular and powerful…thus ticking all the boxes with one single solution. A new high performance compound and powerful spring added to the already powerful magnetic movement make for a significant improvement of what was already considered standard setting performance.

The movement12 technology is now available to a wider audience and with its latest version comes an added degree of versatility, thus bringing Campagnolo 12 speed performance to not only more cyclists but more types of riding. Whether you choose one single style of riding or enjoy mixing it up one thing is certain: Campagnolo quality, reliability and performance will ensure your time in the saddle is spent enjoying the ride to the fullest. 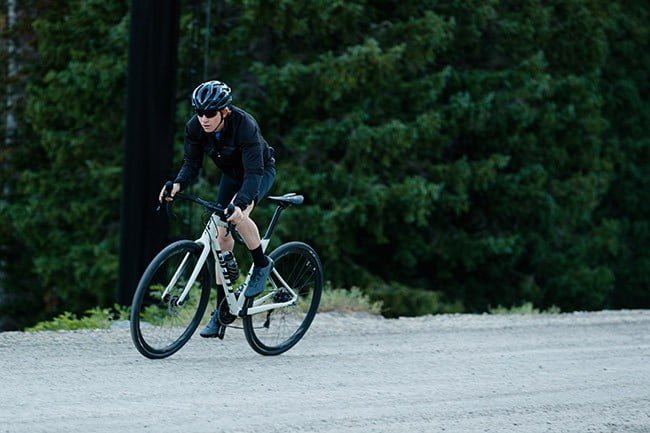 GIANT: NEAR PERFECT REVIEW FOR REVOLT 0 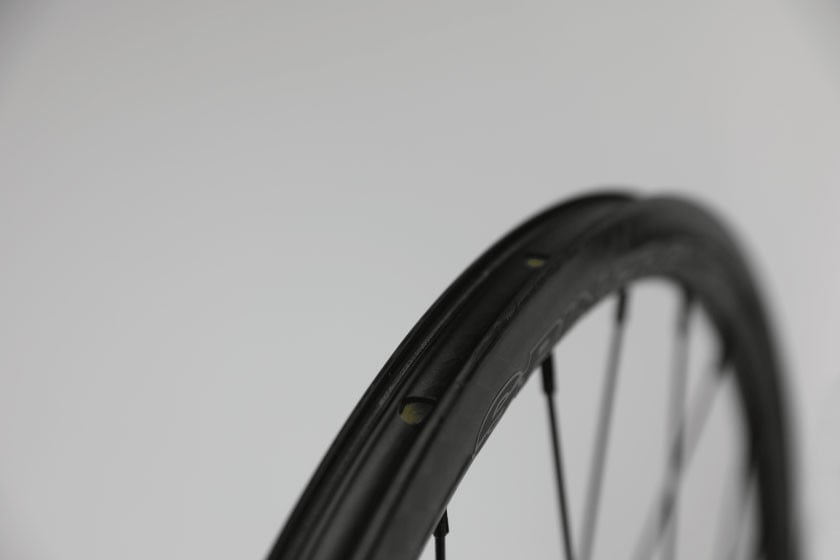 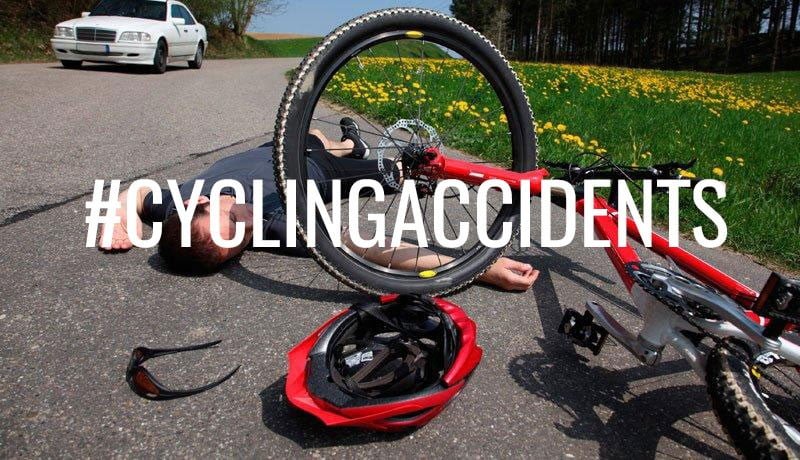 TIPS FOR PROTECTING YOURSELF IN A CYCLING ACCIDENT