BIANCHI AND TEAM JUMBO-VISMA AIM HIGH AT VUELTA A ESPAÑA 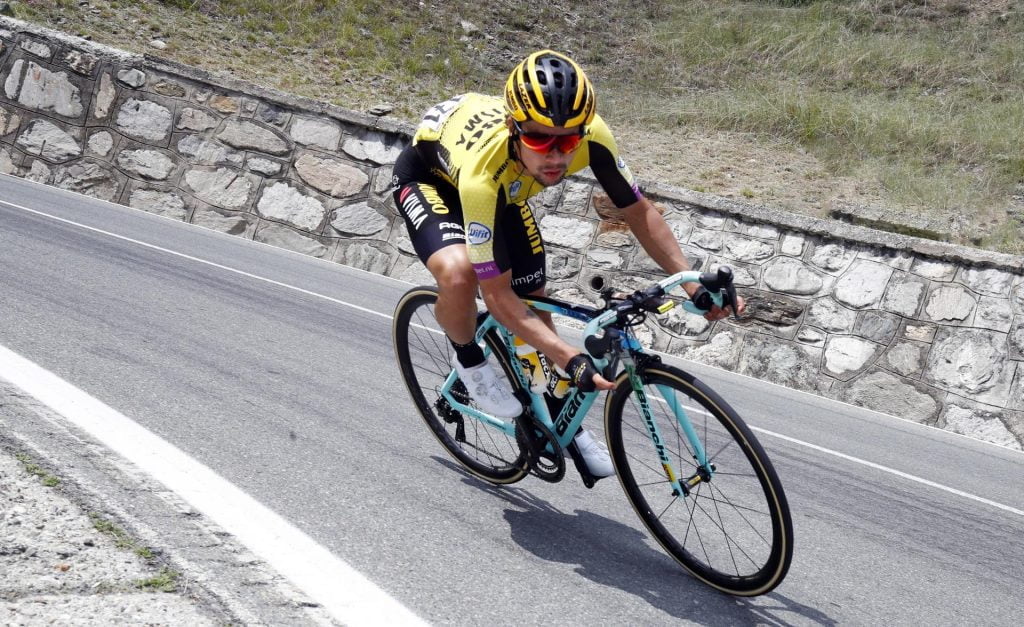 Primoz Roglic leads the World Tour team in the third GT of the season, flanked by Steven Kruijswijk. 2019 Vuelta a España starts on Saturday with a Team Time Trial in Salinas de Torrevieja

The time of the third and last Grand Tour of the season has come for Bianchi and Team Jumbo-Visma. The Bianchi-equipped World Tour squad will take part in the Vuelta a España starting on Saturday August 24th with a Team Time Trial in Salinas de Torrevieja (Spain), and ending in Madrid on Sunday September 15th. Team Jumbo-Visma heads to the Vuelta with great ambitions for the overall standings. Slovenian Primoz Roglic, third at the last Giro d’Italia, will be the team leader for the Spanish campaign, flanked by Dutchman Steven Kruijswijk, third in the last Tour de France and fourth at Vuelta 2018.

In the mountain stages, Roglic and Kruijswijk will rely on experienced and talented climbers such as New Zealand’s George Bennett and Netherlands’ Robert Gesink. German Tony Martin will be a key element for the opening time trial, as well as an outstanding help for the flat sections. In addition to Roglic, Kruijswijk, Bennett, Gesink and Martin, Team Jumbo-Visma fields Dutchman Lennard Hofstede and American Sepp Kuss and Neilson Powless, the latter at his best at the Tour de Pologne with the second place in the queen stage in Bukovina Tatrzanska (Poland). TEAM JUMBO-VISMA’S LINE-UP: • Primoz Roglic • Steven Kruijswijk • George Bennett • Tony Martin • Sepp Kuss • Robert Gesink • Lennard Hofstede • Neilson Powless TEAM JUMBO-VISMA’S BIANCHI CV BIKES Bianchi powers Team Jumbo-Visma’s riders on the roads of the Vuelta a España with Oltre XR4 and Aquila CV.